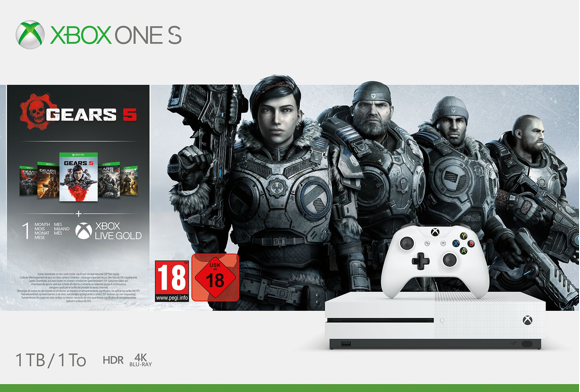 The world is crumbling. Humanity’s reliance on technology has become their downfall and enemies are uniting to wipe out all survivors. As Kait you must journey across the biggest, most beautiful Gears world to uncover the origins of the Locust, and fight with your squad to protect what’s left.

Never Fight Alone Play solo or with a friend in local split-screen co-op, or online co-op. Battle alongside your friends anywhere with cross-play between Xbox One and PC.

Explore Sera Skim across glaciers, sail over deserts and descend into sunken ruins to discover the largest and most diverse Gears world ever created.

Visual Showcase Play every mode in 4K Ultra HD resolution with stunning HDR at a smooth 60 frames per second.

Additional features, co-op and competitive modes still to be announced.

EA SPORTS VOLTA takes football back to the streets, representing the authentic culture, creativity and style of the small-sided game. Build your character, express your style, and play various forms of free flowing-football in environments all over the world.

VOLTA Gameplay: Express your style with an entirely new gameplay system, grounded in football realism. Inspired by the authentic small-sided form of football played in streets, cages, and futsal courts across the world; VOLTA gameplay offers new tools to immerse you in the flow of the street, including simplified flicks and skill moves, new flair animations, and even the option to use the wall as a teammate.

Player: VOLTA Football allows for countless ways to customize and personalize your player; from clothing, hairstyle and tattoos, to in-game celebratory emotes. Create your male or female player and showcase them across the various game modes in VOLTA Football.

Apparel: Show off your style in VOLTA Football by equipping your players with the latest vanity items ranging from shirts, shoes, and sweaters to different tattoos and hairstyles. Unlock more vanity items as your progress through VOLTA by completing in-game challenges.

Locations: VOLTA Football brings football playgrounds from all over the globe to life. From an underpass in Amsterdam, to a neighbourhood cage in London, to a Tokyo rooftop, VOLTA Football offers players the ability to taste the regional experience of the global game.

Match Types: Customization is at the centre of the way you play VOLTA Football. Play 3v3 Rush (No GK’s), 4v4, 4v4 Rush, 5v5 and Professional Futsal. In addition, VOLTA offers different sizes of arenas and environments with or without walls, giving players the freedom to play the beautiful game the way they want to.